Yup, I woke up with a 30 year old man this morning.

Can you believe this cute little face is now 30? 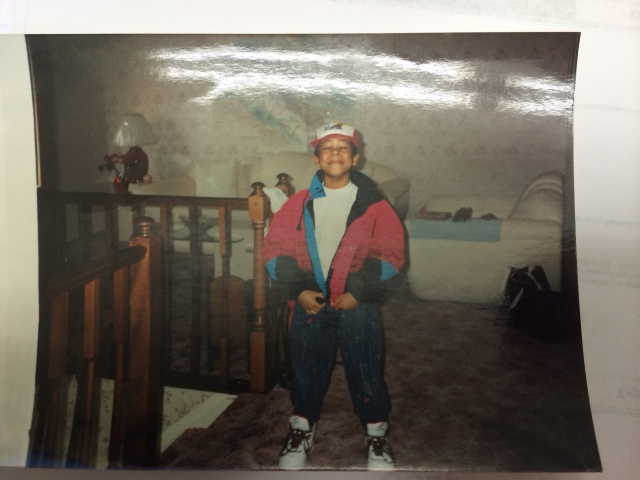 It seems a little odd.  I mean, we met I was 18, he was 19.  I vaguely remember his 20th birthday, but I definitely didn’t think I’d be living with him for his 30th.  I didn’t even think I’d still be associated with him by his 30th (we weren’t that “fond” of each other when we first met).

He’s not big on his birthday, he never has been, it’s just his way.  So while some people do huge parties or whatever to ring in the day, we’re doing things quietly today.  Besides, we’re on snow day number two of the week (yep, got another near foot of snow this week), so he got a birthday gift of a day off from work.  I’m going to take him out to dinner tomorrow for his birthday because I’d rather let Mother Nature clean up some of her own mess before I try.  It’s bright and sunny today and a lot of melting has already happened.  So I’ll let that work.  His best guy friend is coming down next weekend while I’m away and they can do their thing then.

But, my Devon is 30.  Luckily, I still have a year and a half before I join him in the new decade.  For now, I just keep calling him “old man”, to which he calls me a “Grave robber”.  Wouldn’t have it any other way.  🙂